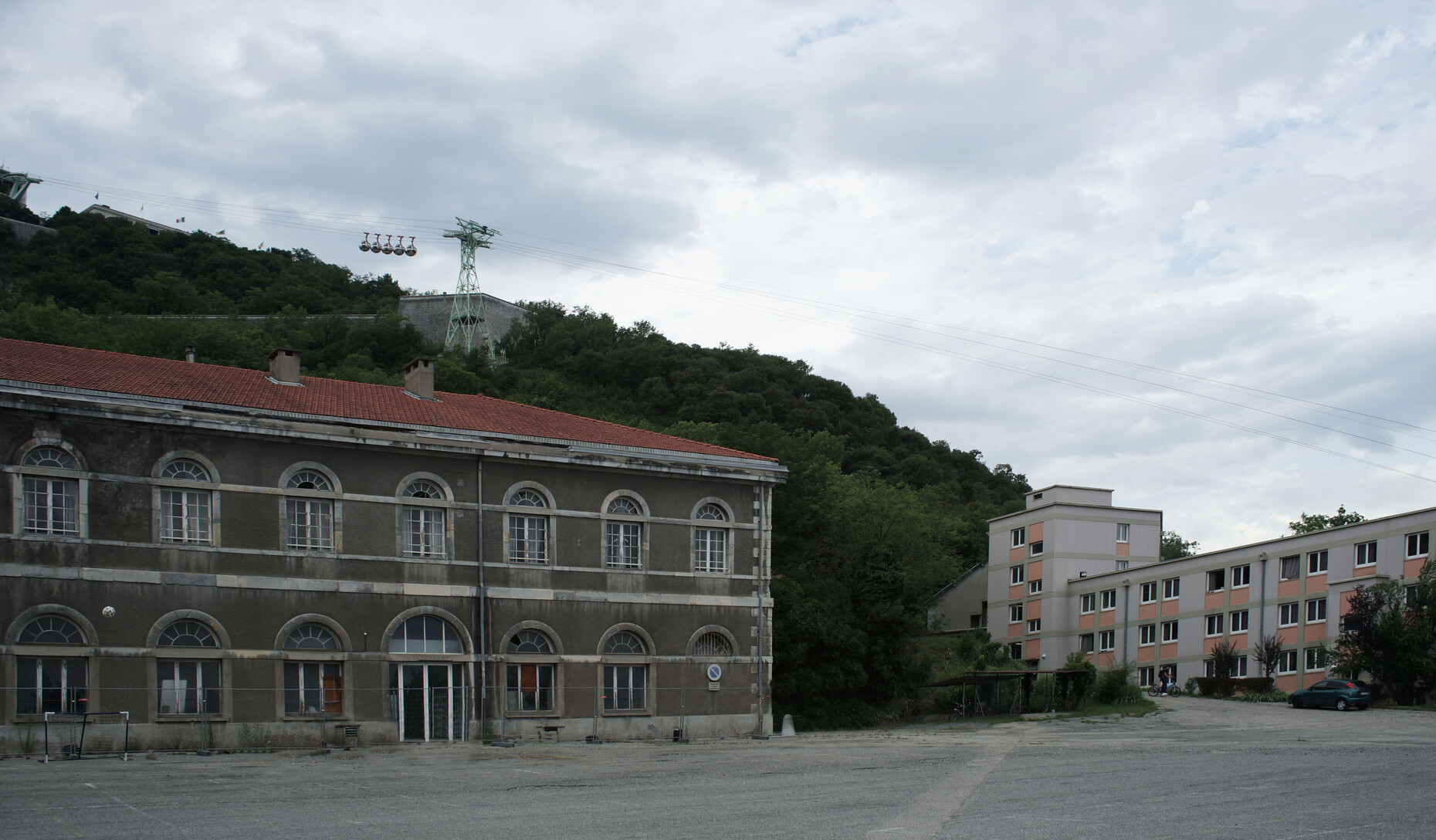 The architectural residency is a cultural project that creates the conditions for a meeting between an architect (or graduate in architecture) accompanied by one or more other professionals, and the population, elected officials, inhabitants, local actors, in a given territory and context.

The purpose of the architectural residency is to contribute to opening the eyes of the inhabitants and local actors on contemporary issues related to the identity of cities and territories.

It is not a question of designing a project, but rather of producing a thought, a story, and sharing it with those who live in the host territory.

At the end of the Chartreuse massif, the Bastille is a rocky spur to the north of Grenoble's historic centre. The Rabot site, nestled on an intermediate plateau, is perceived as a place "reserved" for its inhabitants only, the students, having become a university in the 1960s.

The mix of functions and periods, a 15th century keep, a military fort, then a student residence, whose listed buildings are spread over eight hectares, invites a prospective analysis and reinterpretation of the site.

Offering a unique panorama of the city of Grenoble and the surrounding mountain landscape, its position is exceptional. The imminent closure of the cité U in 2023/2024 is an opportunity to transform the site, combining urban and heritage issues.

Difficult to access because of poor transport links, it suffers from the absence of a project capable of stimulating reflection on how to enhance its built heritage, renew the approach to the problems of living on the slope and preserve its rich biodiversity.

The themes of memory and identity are a natural part of this place where the residents will be invited to tell the story of the site, to create an original route and a pathway linking it to the city, to research and experiment with its possible evolutions, and to open it up to the various users and inhabitants of the agglomeration. The pair will have to conceive, produce and imagine representations of what could become of the Rabot site.

The aim of the residency is to illustrate the amplification and diversification of the site's uses so that it finds its metropolitan dimension.

Based on its landscape qualities and its characterful buildings, the representations to be created will have to be co-constructed, inventive and shareable with a very diverse public, in order to reveal the potentialities of the site in its territory. Evoking creative spaces to make the most of its many resources and to deal with its paradoxes will allow it to be seen not as a site centred on itself but as a destination on the scale of the Metropolis.