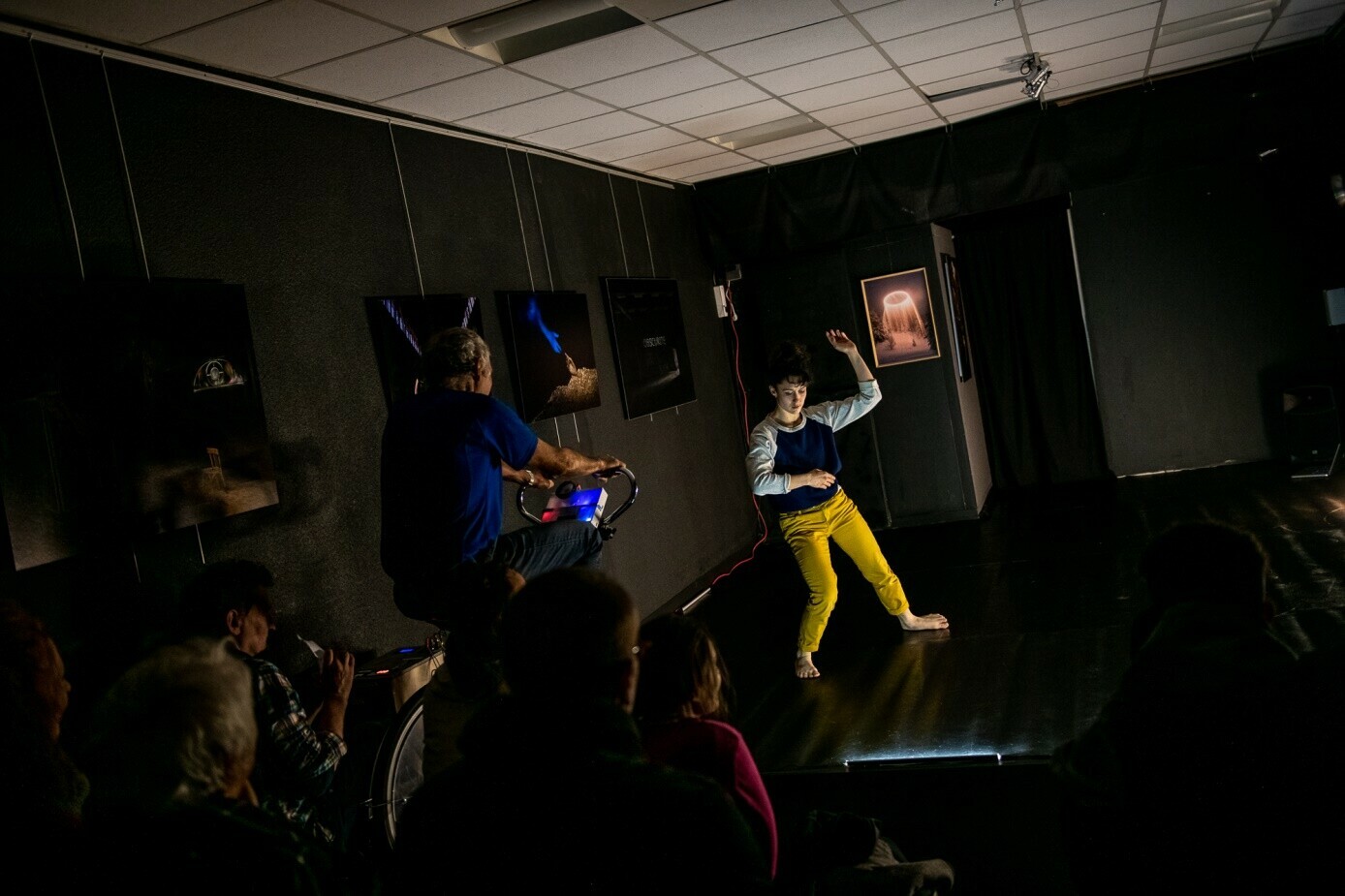 "LIKE RADIATION', A DANCE SOLO LIT BY THE STRENGTH OF THE CALVES

You had to pedal to see Lola Potiron dance her solo called "Comme un rayonnement" on Thursday 17 March at the Boutique Alimentation Générale Artistique, 123 Cours Berriat in Grenoble.

On stage: fourteen light sources (projectors on the ceiling, on the walls, strips on the floor, etc.), all connected to two new kind of exercise bikes: their pedals drive an electric generator and, in so doing, produce electricity.

Gérald Rieux built them in his garage. A member of the Collectif Science d'Eybens, he had already presented them for educational purposes at the Fête de la Science in 2021, among other events. "These bicycles make it possible to become aware of the amount of energy we consume", explains this retired engineer, "because we consume an average of 300 watt-hours per inhabitant in France at home, but the bicycle provides a maximum of 100 watt-hours when you pedal continuously!"

"We wanted an autonomous device, and we liked the idea of inviting the public to create the energy themselves, in this month of March dedicated to the theme of energy as part of Grenoble's year as Green Capital of Europe", explains Youtci Erdos, co-choreographer and artistic director of the Compagnie Scalène. Four spectators took turns on Gérald Rieux's bicycles to illuminate Lola Potiron's performance.

Beneficiary of the "Coup de Pouce Vert" fund, the Compagnie Scalène plans to invest the former grocery shop at 123 Cours Berriat on several occasions in 2022 with artistic proposals. From October 7th to 15th , it will also organise the 4th edition of Ouverture Exceptionnelle, a festival that gives new life to the district's abandoned shops by entrusting the keys for 10 days to artists.