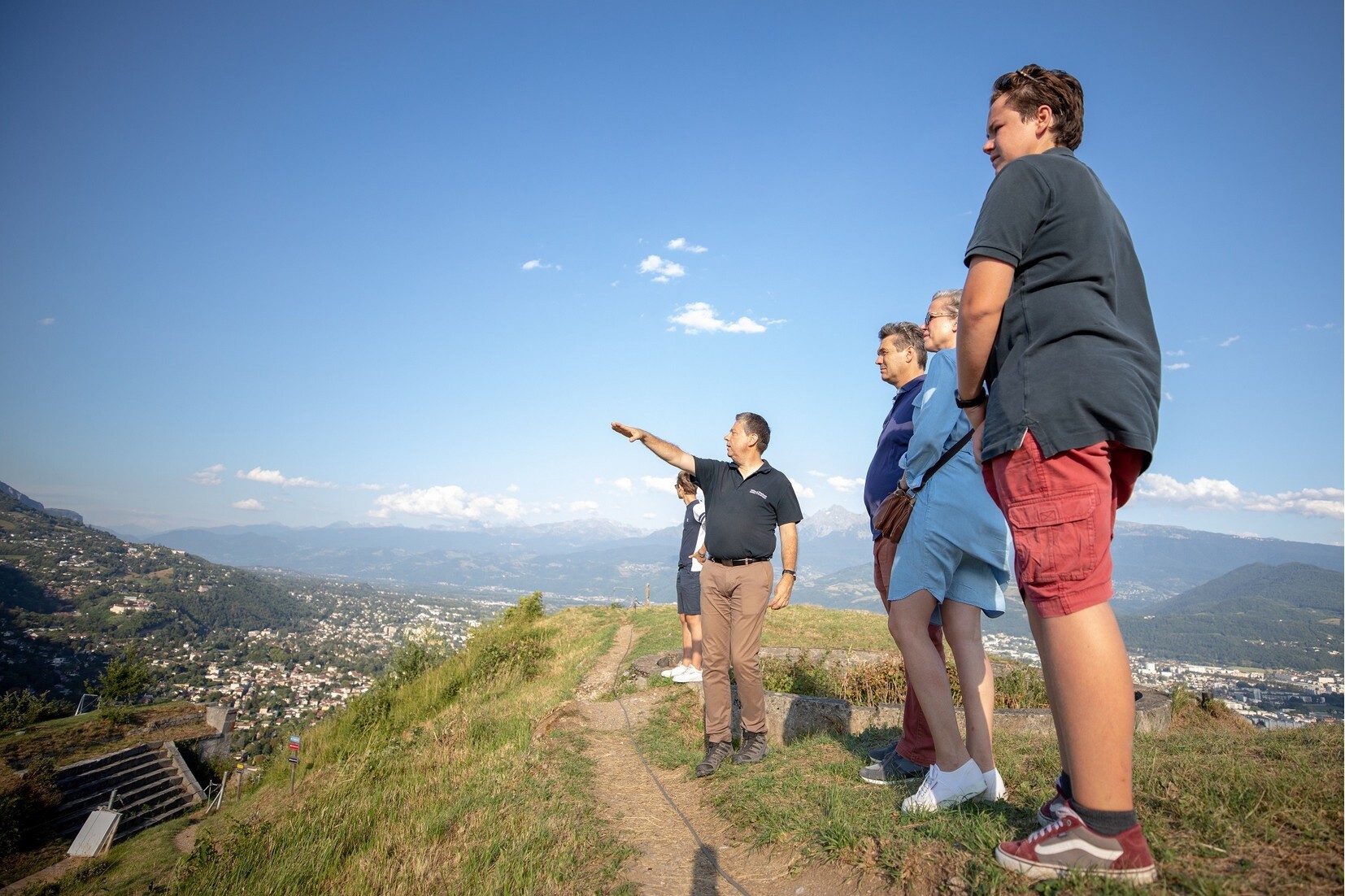 Aware of the opportunity that the title of "Green Capital of Europe" represents to reinforce the attractiveness of the territory, Grenoble Alpes Tourisme has designed a specific programme of guided tours. Throughout the year, it will highlight the eco-districts or nature and biodiversity in the city, with walks or bike rides, landscape readings or dramatised tours. The event kicks off on Saturday 5 March with a visit to the Caserne de Bonne eco-district.

It is the doyen of eco-neighbourhoods. Located on the site of a barracks in Grenoble and awarded a prize in 2009, the Bonne eco-neighbourhood is naturally honoured by the first guided tour organised by Grenoble Alpes Tourisme on Saturday 5 March at 10:30 am, on the subject of Grenoble's title of European Green Capital 2022. A precursor in France for the energy efficiency of its buildings and the technical means used, the Caserne de Bonne district has paved the way for subsequent achievements. Other visits are planned to take the public to discover the innovative developments of the Cambridge district, at the heart of the Presqu'Île ZAC, and the Flaubert eco-district, currently under construction, which relies on local resources, and in particular wood, but also straw and earth, for a new kind of property programme.

While Grenoble has just won first place in the French barometer of cycling cities (ahead of Strasbourg and Rennes) for the third time in a row after 2017 and 2019, the Grenoble tourist office has also devised new guided bike tours, in partnership with the French Cycling Federation and Mvélo+, the Grenoble metropolitan area's bike rental service.

A tour will allow participants to see the many initiatives launched in Grenoble in favour of nature and biodiversity in the urban environment: shared gardens, green streets, green spaces under natural management, ponds, insect hotels, bat nesting boxes, etc. Bicycles can be provided free of charge to participants on request, up to 48 hours before the date of the tour.

Of course, there will also be visits to the Bastille, Grenoble's emblematic site, a veritable balcony over the Alps, and walks from square to square. Not forgetting a new theatrical stroll between mythology and nature in the city, written, directed and performed by the actor Pascal Servet: "Les Racines du Futur" tells the story of a tree that returns to Grenoble to make a report on humanity.