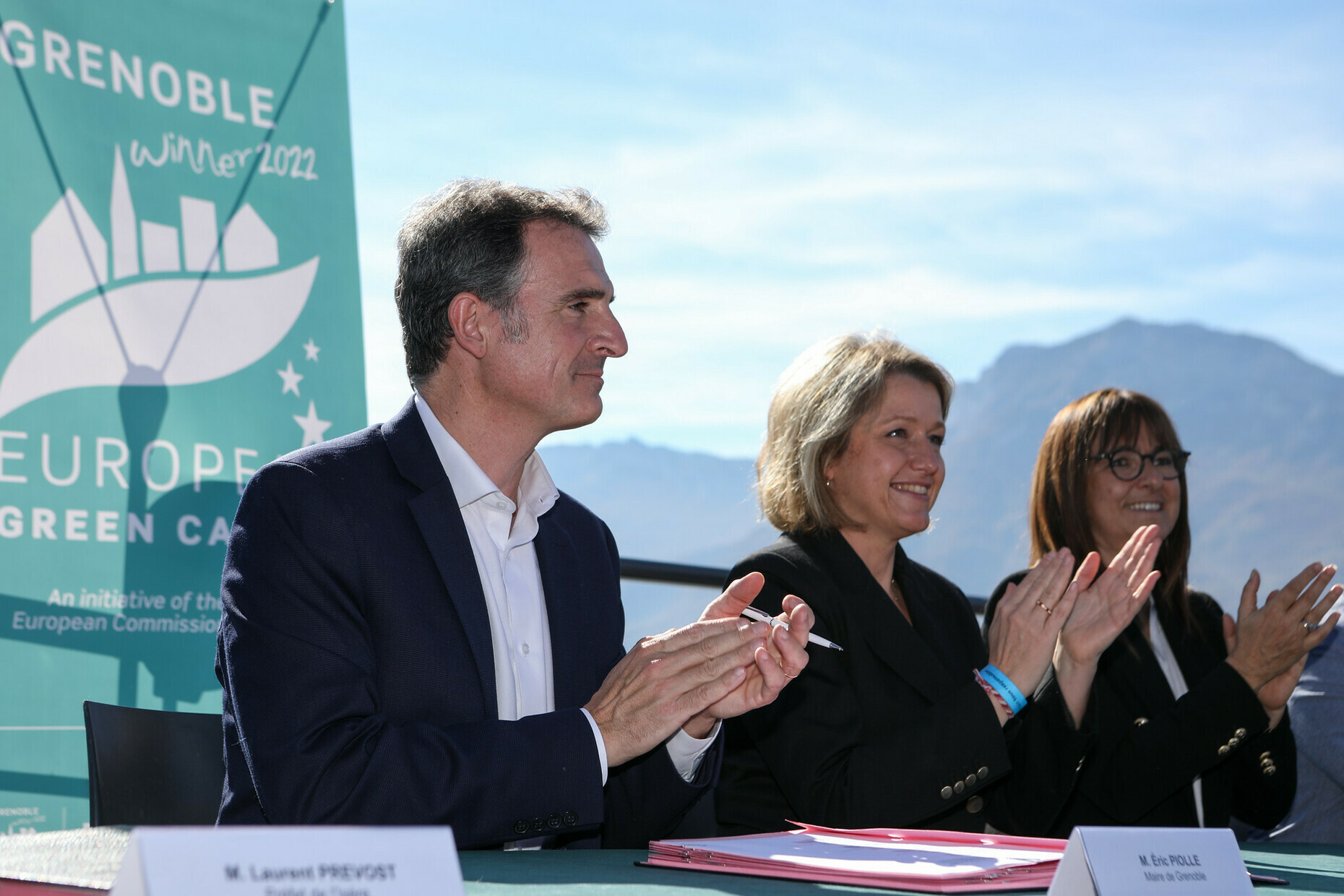 The press conference took place on Monday 18 October 2021 at the top of the Bastille, the emblematic centre of European Green Capital 2022, in the presence of the Minister for the Ecological Transition, Barbara Pompili.

An envelope of €4 million for the European label

The Minister for the Ecological Transition, Barbara Pompili, underlined the historical positioning of our region with regard to transitions and reasserted the government’s support for this year by awarding a grant of €4 million to Grenoble European Green Capital 2022.