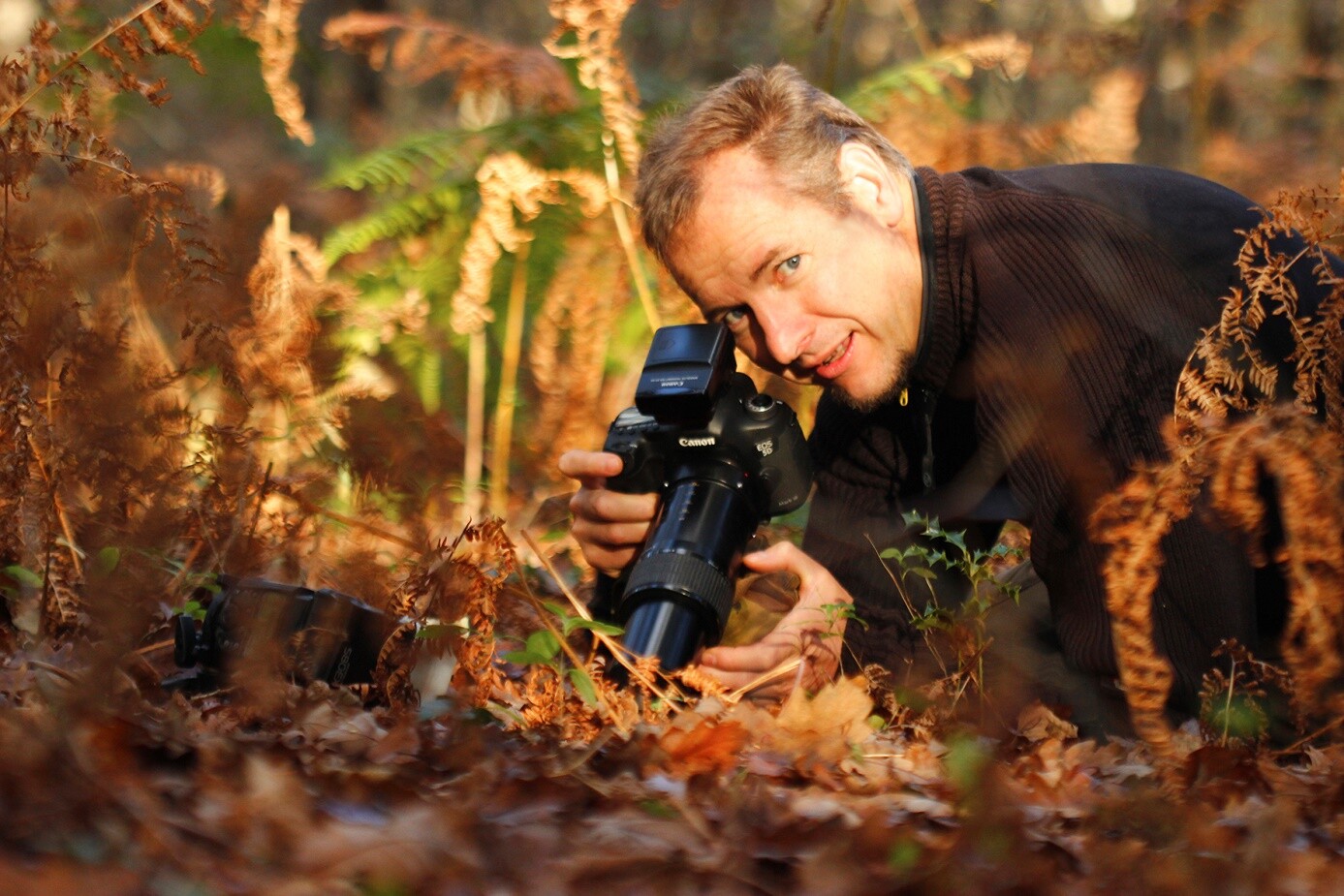 Philippe Lebeaux, for the love of springtails

On April 14th, he will take part in a "Soil and Biodiversity" day organised by the Scientific Council of Grenoble, European Green Capital. Some of his works are on display at the Grenoble Museum as part of the exhibition "Les Petites Bêtes du Sol" (Little Beasts of the Soil) until April 29th. For fifteen years, photographer and video artist Philippe Lebeaux has been highlighting the biodiversity of the soil. Since his "encounter" with springtails in 2006. Portrait.

It was an autumn day, in 2006, during a walk in the forest. A ray of light. On the ground, mucors, a kind of mushroom, form pretty filaments. Philippe Lebeaux releases his camera. It was only when he returned home that he discovered little creatures he had never been interested in before: springtails.

In the soil, where decomposing organic matter is abundant, they are legion. Sometimes brightly coloured, but more often dark grey, bluish, whitish or yellowish, they generally measure 2 to 3 millimetres. "They are one of the oldest insects known: fossilised specimens have been found that are more than 400 million years old", explains Philippe Lebeaux, who has since devoted a book to them, in collaboration with Jérôme Cortet, a doctor in soil ecology (Planète Collembole, la vie secrète des sols. Published in 2015 by Editions Biotope).

Because springtails have opened up a whole new world to him, that of the little beasts of the soil... "They are fascinating", the photographer points out, "some can survive extreme temperatures, or desiccation by living in slow motion".

Above all, adds Philippe Lebeaux, "they play a vital role in the functioning of the soil, regulating bacterial microflora, decomposing organic matter, fertilising the soil, etc.".

Worms, mites, myriapods... The photos and videos available on his website bear witness to this: Philippe Lebeaux has extended his field of action over the past 15 years. Equipped with a magnifying glass, elbow pads ("because I'm always lying down!", he says), a headlamp ("because insects are often in dark and humid places"), flashes and a micro-photography lens, the photographer also enjoys the technical challenge that each of his shots represents (in terms of light and stabilisation for example).

In what he considers himself to be a quest to follow in the footsteps of these tiny creatures, Philippe Lebeaux also started making videos about ten years ago. "I wanted to be able to film their behaviour", explains the man who last year co-directed the film "La vie des sols, le vivant qui travaille pour nous" (Soil life, the living being that works for us), extracts of which will be shown on April 14th as part of the "Soil and biodiversity" day organised by the Scientific Council of Grenoble, Green Capital of Europe, at the Grenoble Museum.

On April 14th, Philippe Lebeaux will take part in the "Soil and Biodiversity" day organised by the Scientific Council of Grenoble Green Capital of Europe 2022. Fifteen of his photos are on display at the Grenoble Museum (Salle Montagne Vivante) until 29 April as part of the "Les Petites Bêtes du Sol" exhibition.